Charles D. Hines, Esq., was elected to the Sarasota County Commission in 2012 and in 2016. He also served as its chair in 2014 and 2019.
He is a practicing Florida attorney and has been practicing law in Sarasota County since 1991. In addition to his practice of law, he has additional business experience as a previous co-owner of United Health Care Services, Inc., a regional medical supply company. Prior to the Commission, he served local government through the City of Venice's ADA advisory committee, Sarasota County's Surtax Oversight committee, and on Sheriff Tom Knight’s advisory committee.
His past or current community and civic association activities include: the Venice Chamber of Commerce, the Sertoma Club of Venice,  United Way of South Sarasota, Big Brothers Big Sisters, the Venice Touchdown Club, and the Venice Little League. He also coached numerous youth football, baseball and soccer teams.
Mr. Hines currently serves on the Council of Governments,  the West Coast Inland Navigation District, the Florida Association of Counties Health and Safety Policy and the Finance and Audit Committees, the Southwest Florida Regional Planning Council, the Economic Development Corporation, and is the Chairman of the Tourist Development Council.

He is a member of the Florida Bar Association and the Sarasota Bar Association. He lives in Nokomis with his wife, Susan, who is a Principal with the Sabal Trust Company. They have three children. 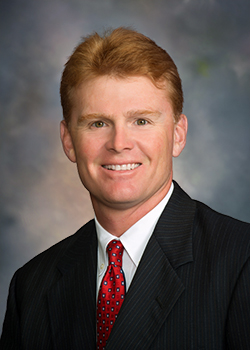