Alan Maio and his wife, Nancy, moved to Sarasota County 35 years ago. A longtime conservative Republican, he has built two large restaurants, a large consulting business and a vacation rental business. All are still paying taxes, employing people and paying vendors.

Maio attended New Jersey's Seton Hall University, where he received a Bachelor of Science degree in Accounting. He has an honorable discharge from the U.S Army.

Maio was elected to the Sarasota County Commission in November 2014 and was appointed as Vice Chairman in January 2015 and as Chairman in January 2016. He represents the Commission on the boards of the Sarasota-Manatee Metropolitan Planning Organization, Visit Sarasota County, SANCA and Chairman of the Peace River/Manasota Regional Water Supply Authority. He has, in the past, represented the Commission on the Economic Development Council.

Maio is a Board Member of the Sarasota Habitat for Humanity.

Maio is a former member of the Board of Directors for the Venice Chamber of Commerce, the Greater Sarasota Chamber of Commerce, Suncoast Blood Bank and Goodwill Manasota. He served as Commissioner and Vice Chairman of the Nokomis Volunteer Fire Department and has held positions on the Sarasota County Sheriff’s Advisory Board.

Maio and his wife reside in Nokomis. They have three adult children and four grandchildren. 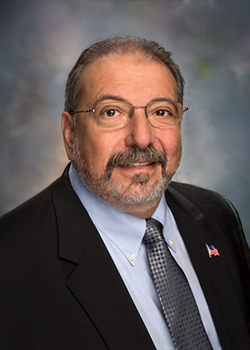