Christian Ziegler was elected to the Sarasota County Commission in November 2018.

Born in 1983, Ziegler is a life-long Republican and tireless advocate for conservative principles at the local, state and federal levels. He is a small business owner, husband and father, whose goal is to make Sarasota County the top place to visit, work, start and grow a business, raise a family and retire, by promoting low taxes and limited government.

After graduating Florida State University with degrees in Criminology and Political Science, Ziegler worked for the Florida House of Representatives and then in Congress as a legislative assistant, digital director, and constituent services representative for U.S. Congressman Vern Buchanan, both in Washington D.C. and his local district office in Sarasota. While working on Capitol Hill, Ziegler provided policy oversight over all federal legislation impacting the nation’s veterans by serving as the lead staffer overseeing Buchanan’s assignment on the House Veterans’ Affairs Committee, in addition to issues such as immigration, foreign affairs, judiciary, second amendment, housing, social issues, election law and other policy areas.

Following his time with Buchanan, Ziegler entered the private sector to help launch and run the day-to-day operations of a successful start-up company located in Sarasota. After helping to grow that company to over 20 employees and representing over 7,500 automotive dealerships nationwide, Ziegler began his own small business, Microtargeted Media, which specializes in website design, digital media advertising, public relations and communications and operations consulting.

In addition to his public policy and private-sector experience, Ziegler has been very active within the Republican Party. He was elected to serve as Sarasota County’s Republican State Committeeman in 2012 and 2016, and assisted various campaigns such as Buchanan’s Congressional campaigns (2008, 2010, 2012) and Donald Trump’s successful 2016 Presidential campaign, for which he served as a media surrogate, delegate to the 2016 Republican Convention, and was one of just 304 members of the Electoral College who officially cast votes to make Donald Trump the 45th President of the United States. In January 2019, Ziegler was elected as the Vice Chairman of the Republican Party of Florida.

Ziegler’s father is a practicing neurologist living in Serbia and his mother is a life-long educator who retired to Longboat Key, where she currently resides. Ziegler and his wife Bridget, who currently serves on the Sarasota County School Board, reside in Sarasota with their three daughters, Reagan Reese, Sloane Frances, and Fallon Rose. 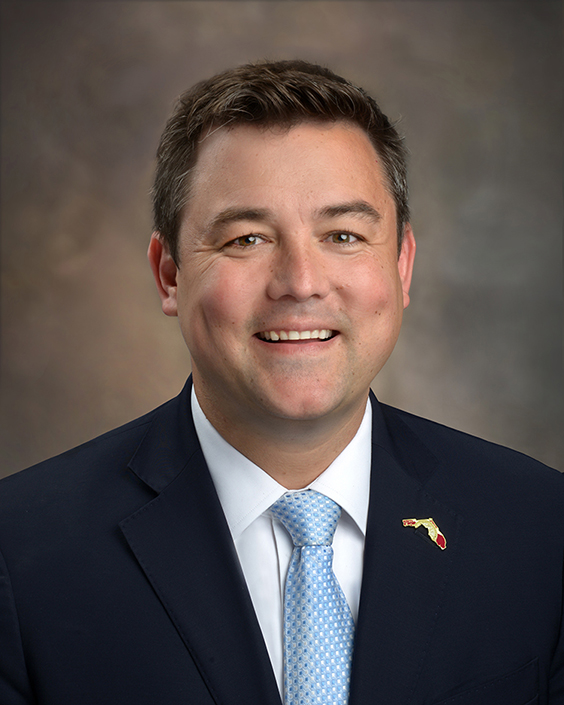